Methods An interpretive descriptive design guided this study that included 17 semi-structured interviews with a purposeful sample of 12 Canadian registered nurses who self-reported experiencing patient violence within acute care inpatient psychiatry. Results Thirty three unique exposures to patient violence among the sample of nurses were analysed. Conclusions Understanding the perspectives and experiences of nurses in acute inpatient psychiatry leads to greater understanding of the phenomenon of patient violence and may inform the development of interventions to prevent and to respond to patient violence, as well as support nurses working within the acute care setting.

This exploratory study addressed the following overarching questions: 1. The primary purpose of the interview was to gain an understanding of how nurses define patient violence and to capture their narrative experiences stories of violence in the workplace.

Secondary data collection involved defining the problem, conducting a needs analysis and completing a comprehensive practice analysis of patient violence. Telephone interviews have been reported to decrease cost and travel time for participants, increase the ability to reach geographically dispersed participants, and enhance interviewer safety [ 22 ]. Chapple [ 23 ] also suggests that qualitative telephone data are rich, detailed and of high quality. Table 1 Summary of semi-structured interview guide questions. What happened during the event? How did it end?


What were your feelings as this occurred and afterward? How distressing did you find your experience? What were the immediate impacts? What were the longer term impacts? What are the different impacts of verbal vs. What are those strategies that increase your risk of violence? How confident do you feel in using these strategies? Background context The median age of the nurse participants was Definitions of violence Defining patient violence was complex.

No one participant had the same personal definition. Participants readily included physical violence in their personal definitions and tended to include incidences that were most threatening or dangerous to their personal well-being over other types of violence that were seen as more benign, such as swearing. For example, many participants initially remarked that verbal violence was such a common occurrence and thus not always considered to be a form of violence, as stated by this participant: I guess because we work on psychiatry we assume and forget that verbal violence is violence and so we take it serious [sic] to a certain extent, but where other units would do incident reports for something like that, that is our everyday.

Emotional Responses of Family Members of a Critically Ill Patient: A Hermeneutic Analysis

Nurses perceived that exposure to verbal or physical violence had an effect on both their professional and personal activities. A wide range of emotions were expressed by nurses following incidents of physical violence. In the moment of the actual incident, some RNs recalled feeling fearful, in shock or being numb, or alternatively, feeling nothing including sometimes not feeling pain arising from physical assault. In the moment, when other staff or patients were involved, some participants described focusing their emotions and energy on protecting others.

Shortly after the event, nurses reported that they were often able to reflect on their feelings and the immediate emotional response they had to the incident. Anger towards patients was commonly expressed following physical incidents of patient violence. This was especially prevalent when RNs perceived patients as being able to control their behaviour as demonstrated by this participant: I was angry.

Many nurses expressed a reduced level of confidence in preventing and managing future episodes of patient violence following these violent episodes. After the incident occurred, many nurses in the study still needed to provide some level of care to their patients despite being the object of their aggression. This occurred most often when participants remained at work following the incident or during the next few shifts after the aggressive incident.

In order to ensure their safety, RNs tended to distance themselves from the patient physically when they remained assigned to this patient as their most responsible nurse. Other RNs declined to work with the aggressors for a few shifts to provide distance, slowly regain some rapport with the patient and regain some of their own self confidence.

As one participant who was forced to continue to work with the patient, she states: I feel like I kind of went more automatic. Five participants saw their patients shortly after the violent episode and feared for their safety when they met outside the hospital unit. One RN described that her patient threatened to rape and subject her to other physical forms of violence. Management was most often identified as providing formal support in the workplace following a more serious violent event, such as when a staff member was injured, charges were being laid or the participant needed to leave work.

On the other hand, many other nurses described feeling very angry, unsupported and blamed by their managers. Some RNs never heard from their managers following events of patient violence, while others described receiving a phone call or a brief conversation, which was felt to be thoughtful, but not sufficiently supportive. Others felt blamed by their managers when questioned about the events that occurred: I know in a reflective sense…[we] are the best tools for preventing situations, but that form of questioning comes to me as so blame-driven.

Participants in the study perceived the culture of nursing as one where patient violence should be accepted as part of the job and many felt this belief was unavoidable. This was especially true of verbal violence and many RNs in the study identified the routine nature of violence as not only part of the job, but something no longer worthy of reporting. At the same time they did not want to accept that reality nor accept that violence was tolerable. This had a negative effect on the RNs perceptions of nursing as this participant highlighted: I never thought I would sign up to be…assaulted as a career path.

Stigma It is difficult to find a solution to patient violence until one can understand the stigma that healthcare workers have towards their patients. Role conflict While this particular form of role conflict relating to violence has not been well explored, role conflict in nursing more generally has. Study contributions The findings from the study reported here provide a rich, qualitative account of the current experiences of patient violence from within the Canadian context, and describes how patient violence is experienced by nurses and the strategies they employ to prevent and manage violence.

Strengths and limitations of the study There were several difficulties encountered throughout the process of this study, including difficulty with recruitment due to the sensitive and contentious nature of the study topic and thus a sample size of Acknowledgments The authors would like to thank the registered nurse participants for their willingness to share their stories and experiences, and for their commitment to improving nursing care. 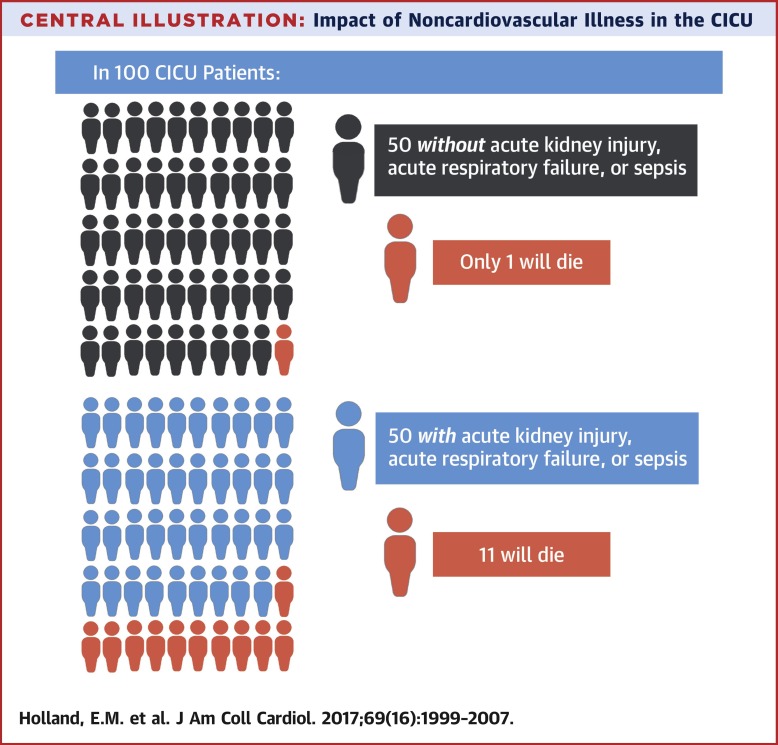 Understanding patient-to-worker violence in hospitals: a qualitative analysis of documented incident reports. J Adv Nurs. Critical care has become an increasingly large portion of what hospitals do. Fifty years ago, I. Today, in my hospital, a hundred and fifty-five of our almost seven hundred patients are, as I write this, in intensive care. The average stay of an I. Going into an I. But the days will be the most precarious of your life. A decade ago, Israeli scientists published a study in which engineers observed patient care in I. They found that the average patient required a hundred and seventy-eight individual actions per day, ranging from administering a drug to suctioning the lungs, and every one of them posed risks.

Remarkably, the nurses and doctors were observed to make an error in just one per cent of these actions—but that still amounted to an average of two errors a day with every patient. Intensive care succeeds only when we hold the odds of doing harm low enough for the odds of doing good to prevail. This is hard. There are dangers simply in lying unconscious in bed for a few days. Muscles atrophy. Bones lose mass. Pressure ulcers form. Veins begin to clot off. Add a ventilator, dialysis, and open wounds to care for, and the difficulties only accumulate.

The story of one of my patients makes the point. Anthony DeFilippo was a forty-eight-year-old limousine driver from Everett, Massachusetts, who started to hemorrhage at a community hospital during surgery for a hernia and gallstones. When he arrived in our I. He was delirious from fever, shock, and low oxygen levels. He shoved her—he was a big man—and tried to swing his legs out of the bed. We turned up his oxygen flow, put his wrists in cloth restraints, and tried to reason with him.

He eventually let us draw blood from him and give him antibiotics. The laboratory results came back showing liver failure, and a wildly elevated white-blood-cell count indicating infection.

It soon became evident from his empty urine bag that his kidneys had failed, too. In the next few hours, his blood pressure fell, his breathing worsened, and he drifted from agitation to near-unconsciousness. Each of his organ systems, including his brain, was shutting down. I called his sister, who was his next of kin, and told her of the situation. So we did.

We gave him a syringeful of anesthetic, and a resident slid a breathing tube into his throat. Next, she put in a central line—a twelve-inch catheter pushed into the jugular vein in his left neck. After she sewed that in place, and an X-ray showed its tip floating just where it was supposed to—inside his vena cava at the entrance to his heart—she put a third, slightly thicker line, for dialysis, through his right upper chest and into the subclavian vein, deep under the collarbone.

We hooked a breathing tube up to a hose from a ventilator and set it to give him fourteen forced breaths of a hundred-per-cent oxygen every minute. We dialled the ventilator pressures and gas flow up and down, like engineers at a control panel, until we got the blood levels of oxygen and carbon dioxide where we wanted them. The arterial line gave us continuous arterial blood-pressure measurements, and we tweaked his medications to get the pressures we liked. We regulated his intravenous fluids according to venous-pressure measurements from his jugular line. We plugged his subclavian line into tubing from a dialysis machine, and every few minutes his entire blood volume washed through this artificial kidney and back into his body; a little adjustment here and there, and we could alter the levels of potassium and bicarbonate and salt in his body as well.

He was, we liked to imagine, a simple machine in our hands. It was as if we had gained a steering wheel and a few gauges and controls, but on a runaway eighteen-wheeler hurtling down a mountain. Keeping his blood pressure normal was requiring gallons of intravenous fluid and a pharmacy shelf of drugs. He was on near-maximal ventilator support. His temperature climbed to a hundred and four degrees. Less than five per cent of patients with his degree of organ failure make it home. And a single misstep could easily erase those slender chances.

For ten days, though, all went well. He had become too sick to survive an operation to repair the leak. So we tried a temporary solution—we had radiologists place a plastic drain, using X-ray guidance, through his abdominal wall and into the severed duct in order to draw the leaking bile out of him.